EULA
CAN to Step and Direction Converter 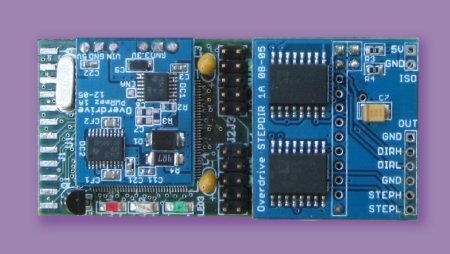 The StepDir converts a CAN data stream into "step and direction" pulses. It is designed to stream position into industrial motor drives, including those in harsh environments where EMI is present.

The StepDir is minimally compliant with the CANopen DSP-402 motion control protocol, and communicates on a CAN 2.0B bus at rates up to 1Mbit. LEDs indicate node ID and communications status. The device is programmable via an RS232 port.